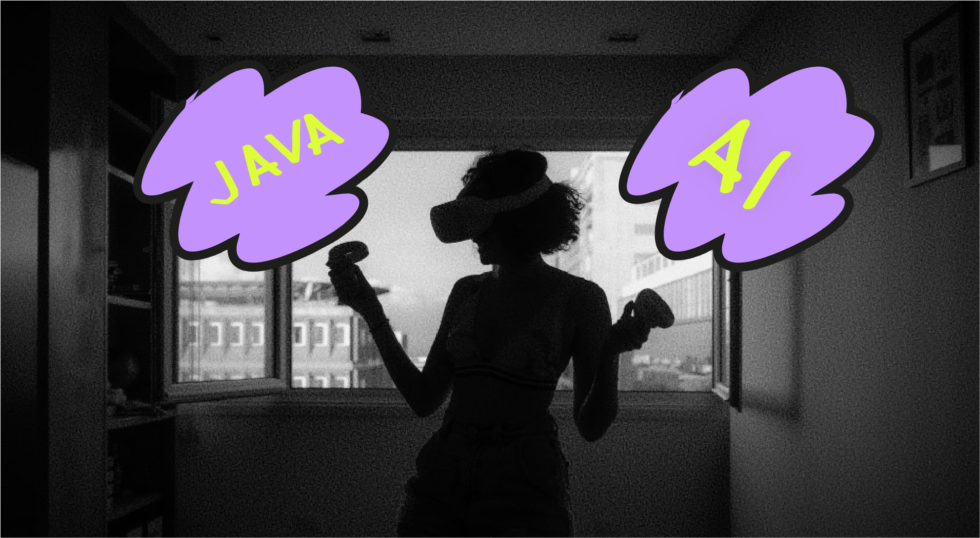 In the complex world of AI solutions, innovation is a constant. As software continues to rapidly evolve, so does the evolution of programming languages. However, the newest ways are not always the best ways. And the trusted methods are usually seen as such for good reason.

Java, for example, unmistakably falls into this category. Launched way back in 1995, it’s been the hallmark of AI software ever since it emerged onto the scene.

After what some would call a plateau in recent years, Java is now well and truly surging back to being unquestionably the number one programming language around.

RedMonk, a software analysis firm based in the USA, recently revealed that Java now occupies a top spot in its world language rankings. Stephen O’Grady, one of RedMonk’s analysts, noted Java’s recent return to the top of the pile.

The language once created to run cable set-top boxes continues to be a workhorse, and importantly, one that has consistently been able to find new work to do. Java’s performance on these rankings continues to impress all these years later. As it has shown a remarkable ability to adapt to a rapidly changing landscape, it’s a language that would be difficult to bet against.

Indeed, any programming language heavily utilized by global giants such as Google is a force to be reckoned with. There’s no doubt about that, right? Moreover, the majority of android phones still currently use Java for AI solutions today, despite the increasing availability of other languages, such as Kotlin.

Renowned Apps That Rely Upon Java

Supporting more than 400 million tweets per day, Java has become the backbone of Twitter’s success. The app initially experienced considerable performance issues before moving onto Java. But those problems are now a thing of the past. Java has enabled the social media giant to remain consistent year on year. And this is greatly down to the speed and reliability that the language offers.

Robert Benson, senior director of software engineering at Twitter, sums up just how crucial Java has become to the performance of the social media giant. “Performance is one of the most important products that any service can deliver to its customers,” he says. “End users want Twitter to be fast so they can get real-time information. Reliability and performance are huge goals for us, and that’s why part of our core strategy involves moving to the Java Virtual Machine [JVM] runtime environment. Twitter no longer has the performance issues it previously had, and that’s in large part due to our moving to the JVM.”

Another way in which Java enhances the efficiency of the Twitter brand is through its ability to handle large workloads, without compromising on performance. Java allows the delivery of large-scale operations using fewer machines than expected.

“The JVM is a managed language runtime that can deal with concurrency in a very efficient way. It can handle these types of workloads. A great deal of our data was dedicated to handling the API traffic of our customers. That can now be managed with far fewer machines on the JVM while delivering huge boosts in performance,” Glover says.

Furthermore, the utilization of Java also gives the company the means to get to the root of problems faster and easier than other languages would allow.

He continues, “Running a service of this scale, things go wrong all the time. Either because of runtime issues or because software is being deployed every hour,” he says. “We want to be sure we understand why those failures happen. With the JVM, it is a lot easier for us to examine those events in a robust way than it was with other runtimes we have used in the past.”

Another big player in the tech world, Netflix boasts some even bigger key numbers. They deal with over 2 billion content requests every day, and they’re all powered by Java-driven architecture. Java is the facilitator of pretty much every step in Netflix’s process. From identifying users and their location to determining which shows to recommend, it’s all powered using Java software.

But it doesn’t end there. Flexibility and room for scalability are aspects that are imperative to Netflix. Unfortunately, not all programming languages offer room for innovation on the level that Java does.

In a recent interview with Go Java, Andy Glover, director of delivery engineering at Netflix, makes this fact clear. “Our technology infrastructure is not a house of cards. In order to continue to be the number one streaming video content provider on the internet, we have to continually innovate. Java is the bedrock of our software architecture. The core operational infrastructure of Netflix, including the monitoring tools and platform services, is all using Java.”

Other heavyweight corporations that rely on Java developers for their AI solutions include the likes of LinkedIn, Uber, Spotify, and Amazon. With this in mind, there can be no question about Java being a globally trusted language, depended on by some of the biggest names around.

It’s also estimated that a whopping 3 billion devices in the world currently run Java programs. Like so many aspects of the business world, the proof is in the pudding. And even the most hardcore fans of alternative languages cannot overlook numbers like these.

But how much merit is there exactly in the argument that these alternative languages can do a better job than Java?

Let’s explore the factors that make Java the go-to programming language, especially for startup owners who are building an AI solution.

Factors that make Java a go-to language for AI solutions

Java is known for its ease of use. Although simplicity and efficiency don’t always go hand in hand, that’s by no means the case when it comes to Java.

Other programming languages don’t quite cut it when it comes to simplicity. And this is one of the primary reasons why they come up short compared to their more popular counterpart.

Take C++, for example. It’s widely regarded as a language that can be used for pretty much anything. However, especially as a harder language to learn than Java, it’s also not always necessary to use it.

In other words, Java, whilst simpler and less complex than C++, is usually more than sufficient. Moreover, it can be even more effective than C++, despite its apparent lack of complexity.

Java is the go-to language for beginners, whether they aspire to be junior Java developers, full-stack Java developers, or anything in between. If you’re a startup owner, with little or zero experience in AI solutions, then Java is undoubtedly the language you should go for.

Java developers can benefit from a rich API, capable of accomplishing a lot. Although this is no different from many other languages in terms of capability, Java makes accessing these features far easier.

For example, other languages usually require you to download additional features separately, which can be time-consuming. However, with Java, these tend to come as part of the main installation itself.

It’s characteristics like this collectively elevate Java up to a considerably loftier mantle than its rivals.

Unlike other languages (we’re looking at you, Lua), Java has a community support network that reaches above and beyond expectations. Aside from the countless search results that Google and other major search engines will have at the ready for you, there are a host of other sources available for Java developer topics.

Whether you end up finding the answers to your questions via Stack Overflow, or through one of the many Java-related forums, there’s pretty much an endless supply of communities that are ready for use in the quest for answers.

This is arguably the most attractive aspect offered by the Java community. It has undeniably been a key part of its success over the years.

The transfer of a program from an operating system, when it was developed by another, is easily achieved with Java and requires very little rework.

It has a security management feature, which gives the user the means to specify exact access rules for each application. This allows Java to be run in ‘sandbox’ mode, which can eliminate risks of potential harm.

Furthermore, Java’s lack of the use of pointers results in a safer experience than other languages.

Pointers, being objects that store the memory address of another value that can cause unauthorized access to memory, can cause serious harm. The fact that Java doesn’t incorporate these factors makes for an even safer experience, whether for a Java junior developer, or a Java full stack developer.

Maintainability is an important, yet often overlooked attribute when it comes to choosing the right programming language to use. Maintaining the source code is crucial to ensuring adequate efficiency.

It’s this kind of trait that results in a highly effective end product for the user.

Things To Keep In Mind

Being a Java developer or programmer offers additional benefits on top of the ones laid out here. The language can offer free tutorials, has a built-in garbage collector, is easy to debug, the list goes on and on.

Certain aspects, such as portability, security, and maintainability become somewhat less of an issue if you’re using Java specifically to develop AI applications. However, they are nevertheless still things to take into account, especially if you’re going to be using Java to build an actual AI solution.

If you’re sure that Java is the way to go for your AI-powered software, Lemon.io, a vetted freelance platform trusted by SMB owners, can match you with a candidate with the exact tech stack you need for the job. Drop us a line – and we’ll start looking for that mighty dev your business is currently missing. 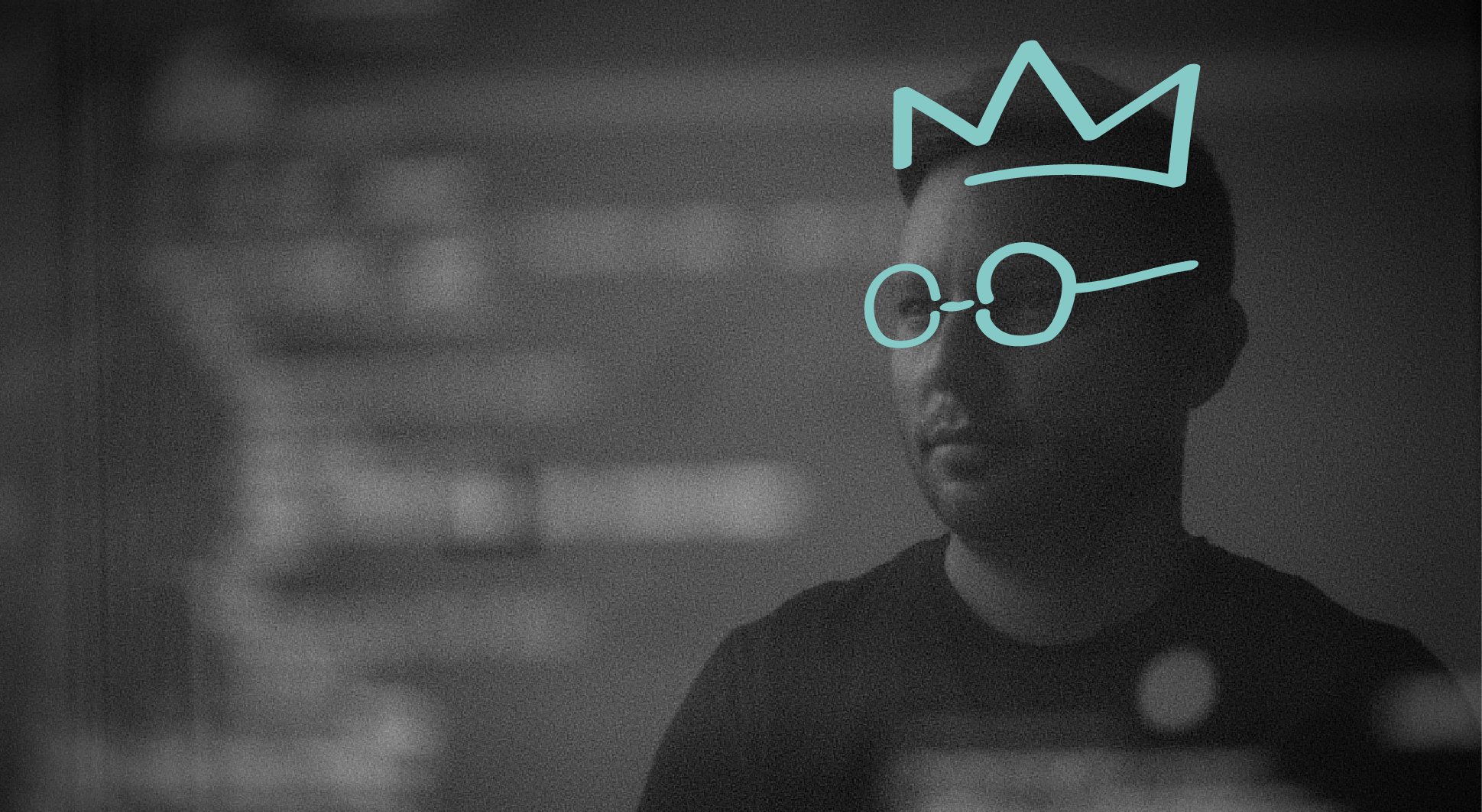 There’s no denying that pandemic’s led to the rise of freelance developers. We’ve collected hard data to demostrate just how much it resaped the freelance market. Read on to find out!