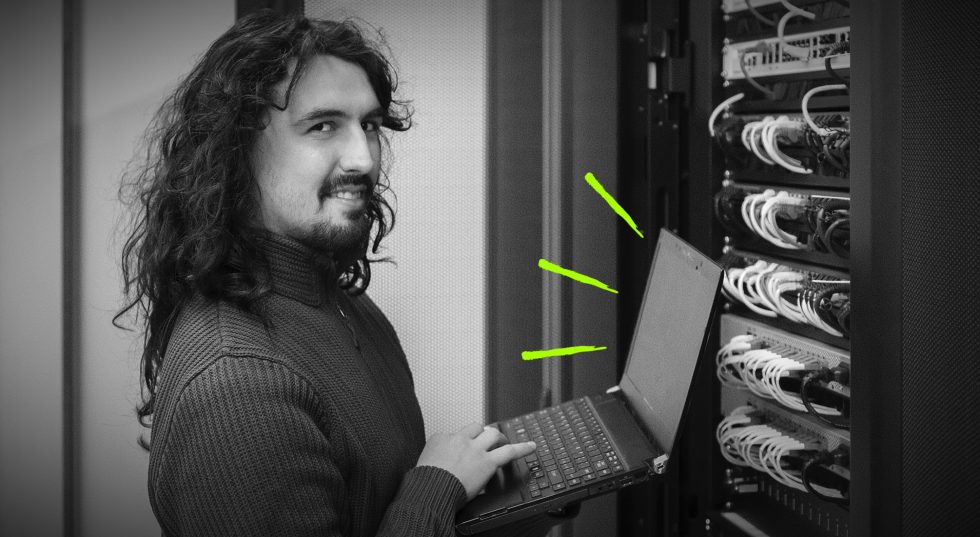 Trying to make your app look awesome, being practical and efficient at the same time? We bet you need a team of top front-end developers — and we know where to find them. Hit the button!

You’ve just made the first click. By the end of this page, we’ll show you how easy it can be to find front end developers.

A strong senior front-end developer with more than 6 years of commercial experience in IT and 4 years in the blockchain/crypto domain. Ihor’s core stack includes React, Javascript and Typescript.

A senior front-end developer with 7 years of experience in software engineering, equally good with React, Angular, and Vue.js.

6+ years in front-end engineering and React development help him reach the space heights in coding. Great as a solo developer, quite nice in teamwork.

This seasoned team lead knows Angular like the back of his hand. Kyryl is perfect at relational databases & serverless deployment and is always looking forward to improving his skills.

A natural talent in commercial apps, Eugene is a middle front-end dev with over 3 years of experience. He is proficient in React and Typescript and perfectly knows JavaScript fundamentals. Besides, he also worked with web3 on a few projects and will gladly help you with that kind of stuff.

Alex is a high-skilled front-end engineer who knows Angular from top to bottom. Practical problem-solving and implementing new features to the existing product are his winning sides.

Multiple self-help sites for beginner entrepreneurs will try to convince you that «hiring a front end developer is a piece of cake.»

Don’t believe them. People struggling to find front end developers run into all kinds of obstacles. Like,

and fall for many other typical traps. Just like in «Monopoly,» when you land on the wrong square and lose a turn.

Similarly to the famous board game, when you hire front end developers without clearly knowing what you’re doing, you lose not just time. You risk :

Losing money or greatly exceeding the initial budget, which can cause other expenses to pile up

Receiving a half-baked, raw, rare, slack-baked, underdone product that will require more resources to fix and polish that its actual development

Hire an incompetent but «top-rated» freelancer on one of the widely promoted online marketplaces such as Freelancer or Fiverr.

This list could go on and on, but why scare yourself reading about the horrors of poor recruiting decisions if you can skip all this mess and hire front end developers easily.

Just read on, we’ll get to it. But first, let’s make sure you really do need a front end developer. Lemon would not want you to make the wrong decisions.

When a front end developer is all you need

So, you think you need a front end developer. Legendary. But do you really have this need?

To answer this question, let us first clarify what is front end development. Simply put, front end devs make site layouts created by a web designer interactive. Often referred to as client-side programming (don’t worry, it doesn’t mean you will have to code), front end is often focused around UI/UX and users’ interaction with the website.

Based on this, we’ll now list some of the typical tasks front-end programmers work on.

Compare your project tasks with this list. If you can find matches and similarities – yep, you truly do need a front end dev.

Before we forget, many people wonder, «Front end vs back end developer: What’s the difference?»

Back end development (or server-side development) establishes communication between your browser and the website’s databases.

A typical example is your login and password. You input them into a neatly designed field (hi, front end devs!), and press Enter. Your browser sends a request to the website’s database checking whether there is a user with such credentials registered. If yes, you are granted access.

If no… well, you know how it goes. Just keep on trying different combinations of username and password until the site gives up and lets you in.

This simple interaction – as well as other, much more complicated interactions – is a result of the back end developers’ work.

Front end developer salary: how much for professionalism?

Well, it depends on the qualification and the volume of duties of a developer you’re hiring. Here are some average figures on how much front end developers earn.

Quite expensive, as you can see.

Fortunately, there are alternatives. Front end developer salaries also depend on the country you hire in. If you wish to save some money but still hire a qualified professional, we’d recommend you pay attention to Eastern Europe – Ukraine, in particular. See for yourself:

The average monthly salary of a Ukrainian front end dev is around $900. If you fear that for this money you won’t get the high quality work, here is an article to change your mind: «Top 7 reasons for you to hire Ukrainian developers.»

How to identify a good front end developer

Too many programming languages

Working (or, rather, claiming to) in too many programming languages. Pros usually focus on 2-3 languages, which they know perfectly.

The excessively long CV with tech jargon crammed in every line. Perhaps, they are good but don’t know how to write resumes. Or maybe, they are just exaggerating. Or trying to hide the lack of real work experience. True pros know employers care about the projects they successfully completed, not about how many clever words a candidate knows.

No profile on GitHub or Stack Overflow

Do you have a LinkedIn account? As a business owner, we bet you do. It’s the calling card of your company, after all. For front end developers, a profile on GitHub or Stack Overflow, where they can showcase their portfolio serves the same function. If they don’t have it, it’s a reason to think twice about even interviewing a candidate.

Having figured out what a front end dev shouldn’t be like, let’s take a look at what they should know.

Of course, the knowledge of HTML5, CSS3, and JSON should come by default. Looks cool, huh?

And what if we told you we know where to find front end developers like this? Just a little more patience, we’re now moving to the most interesting part of the article.

Where to find front end developers?

Here are the three main options you have when it comes to recruiting front end devs.

(Can be easily found on job boards).

They come to your office, they drink coffee, they get the job done. Plus, they are easy to manage when gathered in one place.

In-house workers (not only developers but any employees) are costly. Pay them salaries, insurances, pay taxes, pay for their vacations. Even when they don’t have much work to do.

A one-stop-shop that can get you through the whole development cycle, from project idea to the final product.

Prices! They can get ridiculously high. Oh, and get prepared for endless adjustments and coordination meetings when it comes to implementing changes mid-project.

(Look at the freelance platforms).

When there is a project at hand, you can quickly find a freelancer and pay them for the job. Once it’s done, you don’t have to pay anyone (looking at you, in-house developers!)

Economic gains intensify as you learn that on average, freelance front end developers tend to cost less than in-house workers.

And finally, you can hire a developer of whatever profile you currently need. You won’t have to re-train or educate your employees. Just find your perfect match and hire them!

All the wonderful benefits above work in just one case: when you know where to find good freelancers.

Upwork and other crowdsourcing marketplaces are too much of a guessing game when hiring. So, what should you do?

Look at the freelance platforms for vetted developers.

The only question is, «How do I know the freelancer I hire is going to be good?»

A reasonable question, indeed. Upwork, Fiverr, Freelancer, Guru – there are many crowdsourcing platforms on the internet. But, if you read clients’ reviews, you may feel doubtful about ever using their services.

So, if you want a skilled front end dev, you should look to a freelance platform for vetted developers. Such as Lemon.io.

What other reasons do you need? Squeeze the Hire button and get your project taken care of by a top-tier front end developer.