What’s inside the black box?

Meet tvScientific, the prominent representative of the new generation of CTV advertising!

HOW TO TAME THE CTV POWER? ASK TVSCIENTIFIC

tvScientific, a business that sprang from Pasadena-based incubator Idealab on March 30, 2021, has been doing the illumination and scalability job quite well. All founders were senior executives with experience in digital media, ad tech, and ad verification — so their skills came in handy for the new business.

Meet tvScientific, the prominent representative of the new generation of CTV advertising!

FIND A PAIR OF SKILLFUL HANDS

What are the primary objectives of tvScientific?

The idea. Whom do you need to conquer the CTV screens?

For scaling and implementing improvements, you need to hire the best specialists. As of now, tvScientific has six developers plus an external Q&A. The main stack is built on Python, Django, and React, so the founders knew they would need the relevant specialists very soon.

Later, it turned out that the company urgently needed extra React engineers and at least one Python dev. A Python dev could be Middle and React devs ought to be Seniors — preferably with adtech experience.

In April 2022, tvScientific raised $ 20 mln in series A funding, realized the need to expand the bandwidth, and started to ramp up its product.

Having gained money for development, the founders of tvScientific started seeking new people.

California, where the company is based, is one of the most expensive USA areas to hire tech specialists — small wonder the onsite local developers are pricey. Who wouldn’t like 20-30% cost saving with no quality decline? That’s the option Lemon.io offered.

According to Conor Macken, working with offshore devs is pretty ok when you have an acceptable time overlap. Europe is 8 hours ahead of California. While the US startup owners get the results after the morning coffee, their European employees sleep — happy with completed work.

Silicon Valley is wherever YOU are

Previously, tvScientific didn’t work with marketplaces — the startup owners didn’t have any experience with vetting platforms and had no idea they make all the processes so swift.

Usually, offshore hiring can be a bit quankier and slower because of language barriers and possible work ethics/traditions differences.

Luckily, there were no such problems with Lemon.io.

2 devs hired so far, and more are to come

3 months working with Lemon.io and loving it

According to Conor Macken, Artem Gavrylenko was extremely good right off the gate, very productive, promising, and professional.

The developers handle small and medium-level feature tasks so that the leading tech can devote time to big-scale decisions without distractions.

Both devs quickly learned their part of the app — and the company’s heads are grateful for their contribution.

Danyl will be an excellent fit if you are looking for a passionate React Native developer. He loves creating well-structured code and improving his skills.

Artem is a well-versed software engineer with experience creating his own GraphQL/REST APIs and different high-performance front-end applications on React.

Show me the numbers: Lemon.io stats

For $55-60/hour, you can hire proficient Senior or Middle Python/React web developers from Europe or South America at Lemon.io with no pain and sweat

How long did it take for Lemon.io to find devs for TVScientific.com?

One day. On February 15, the Matching Department started working on the vacancy. The next day, they found 2 React developers — one of them was Artem Gavrylenko, who now works for tvScientific. In 3 weeks, he started working for the company.

On May 5, the tvScientific requested one more developer who’d be a Python specialist. On May 23, we introduced Ömer Selcuk, and in 3 days, he had already started working.

How is it going?

«We moved quickly in the development process, and both developers helped us speed up. We shipped off rapidly and knew we would confront technical bugs on the way.

The developers handle small and medium-level feature tasks so that our leading tech can devote time to big-scale decisions without distractions. Both devs quickly learned their part of the app — and we’re grateful for their contribution» – Conor Macken.

Hire with Lemon.io & elevate your product to a new level of greatness! 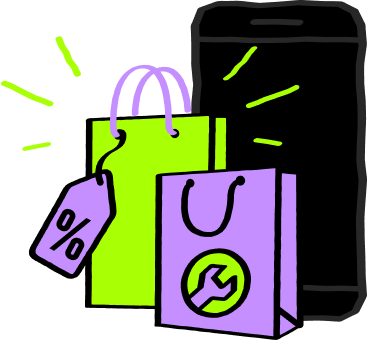