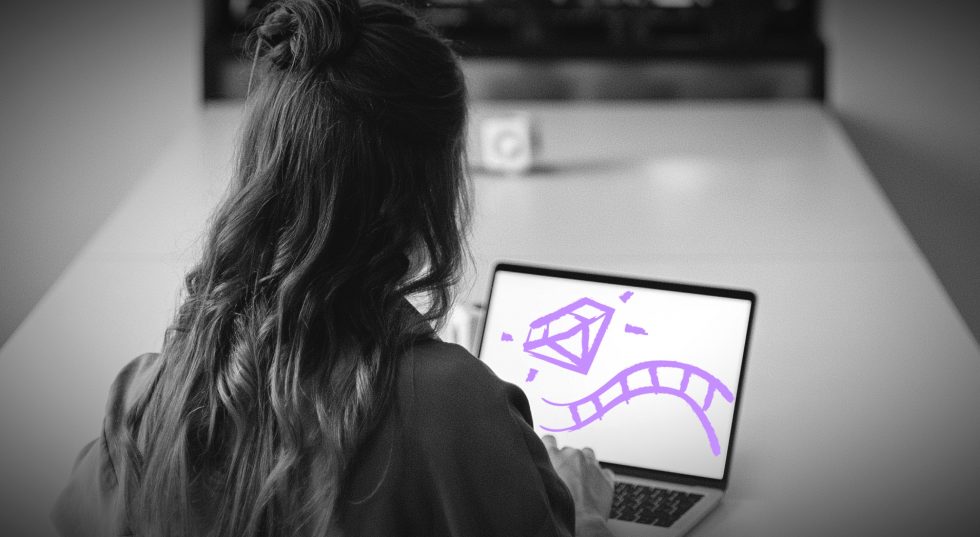 A readable open-source language plus a framework for enhancing developers’ business — what could be better for your app? Hire Ruby developers with no sweat at Lemon.io — and forget the troubles!

Petro started his career developing Ruby and Javascript but then switched to Golang. Primary areas of his interest are high-load and distributed projects.

A middle back-end developer with Ruby as the primary expertise, Victoria is on her way to mastering Golang. Responsible and team-oriented, she loves challenges.

A senior back-end dev experienced in Ruby/Ruby on Rails. Serhii knows the Rails framework and databases and is proficient in front-end with Vue.js and Ember.js.

A senior full-stack dev who has been in business since ‘14. He leans toward the back-end with Ruby, but he’s by no means a slouch in the front. React is also up his alley.

When you hire Ruby on Rails developer, you pay for web and application development that is:

Regardless of whether you want Ruby on Rails application development, website creation, or something else, we’d suggest you hire Ruby developers on Lemon.

You when hiring elsewhere

Good thing there is always a choice. If you are a startup with a limited budget, and your need for extra hands on the project is dire, you should consider hiring freelance developers.

There are many arguments for working with independent developers. Here are just some of them:

Ruby on Rails web development is a thing. This is why it can be difficult to hire Ruby on Rails developer in Europe or the United States. Many of them are already contracting, because markets are overheated.

What is the average Ruby developer salary? The real question you should ask yourself is, «What Ruby on Rails developer salary can I afford paying?» Check out the numbers:

Get ready to pay over $93K per year if you want to hire Ruby on Rails developer from the United States.

For the alternatives, you can look at the United Kingdom.

That would be over $46K. Still expensive.

In-house and remote Ruby developers are reliable and all. But did you consider the additional costs?

Even if all your employees work remotely and you don’t need an office, other additional costs can still take a huge bite out of your budget.

So, Ruby developer salary is not the only thing you should worry about.

Ruby on Rails is a difficult language with a steep learning curve, which is why experienced devs study it more often than newbies. They won’t do junior’s work for junior Ruby on Rails developer salary for you. If you were planning to hire a Ruby jun for routine tasks, forget it.

Many Ruby on Rails developers have little to no time for interviews, test assignments, etc. Your offer must be really worth their time (as they see it).

Now, you could think that Ruby on Rails development in India or South Asia would be cheaper. But consider this:

If you manage to hire Ruby on Rails developer for like $5 per hour, you will probably receive unreadable, malfunctioning code. You will have to spend additional money to train the dev, monitor their performance, and will probably end up replacing them.

«Affordable» does not mean «cheap.»

Development companies can kill your startup

So, in-house and remote RoR developers are expensive, and hiring them is difficult.

Development companies are great for mature businesses. When you are starting up, you want more affordable solutions.

You can solve reliability concerns easily

When startup owners hire freelance Ruby on Rails developers, they usually worry about:

Now, you have two options:

Here are just some points you need to keep in mind if you want to minimize the risks when hiring freelance Ruby on Rails developers on your own:

Also, you need to know how to distinguish good devs from the bad ones. If you can afford it, dedicate your time to learning how to search, select, test, and interview freelance developers.

Option 2. Completely negate all the risks and disadvantages of working with freelancers

The one-stop-shop to hire Ruby on Rails devs

Lemon.io is a platform for vetted web developers. We test freelance developers’ coding, communication, and personal skills. After multiple checks, we hire the best ones to assign them to your projects, based on your requirements.

We do the hiring routine for you and do it well.

Lemon.io accommodates developers of many specialties, Ruby on Rails included. Think of us as a hub connecting you to tested devs on demand.

Other vetting platforms might be doing the similar thing. But Lemon was created specifically with startups, startup budgets, and startup needs in mind.

Pick from 350+ software and web engineers

We house hundreds of back-end, front-end, and full-stack developers. Among them, there always will be an available Ruby on Rails developer for you.

Freelancers who never fail you

Lemon has a 4-stage vetting procedure to ensure that. We never hire candidates who fail at any stage.

We replace developers free of charge

If our freelance Ruby on Rails developer does not meet your demands, or cannot continue working on your project, we will replace them free of charge.

All you need to do is to describe your concern or problem with the dev to us. We will find you a perfectly suitable substitute in no time. With this feature, your project is always safe.

Save thousands of dollars

Rates up to $65 tops. This is at least 20-40% less than average hourly rates in North America, according to ARC.

This is how we keep our prices affordable

We work with Eastern European freelance developers. Costs of living in Eastern Europe are about 40% lower than in the United States, hence the rates. On the other hand, the work ethic and professional mentality are the same.

Find your perfect match within hours

Match me with my RoR developer

Hire your mighty devs at Lemon.io. See what we got!