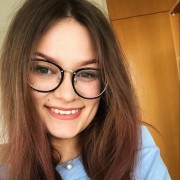 Tania has been writing since her childhood. Having worked as a Research Executive and as a freelance writer, Tania realized the latter is her favorite, and now she is Lemon’s Content Writer responsible for guest posts and question-and-answer services.

Since her early years, Tania dreamed of being an astronaut. Becoming an easy-going traveler is as close as she got to her dream so far. After journeying around Spain with a tent and almost no money, Tania has learned to figure out any situation and find answers to any questions.

We know these skills will make her an astronaut one day. By now, they help Tania be an excellent content writer.

Client ghosts: how to deal with ghosting customers?

The scariest ghosts are the employers who disappear without paying you. Learn what you can do to minimize the risks of being ghosted, and how to act if you have become subject to such behavior.

Hiring for small teams: what we’ve learned in the past 2 years

Sooner or later your tiny team will grow. Learn how to recruit top talent at the early stages and make sure they don’t ruin your business.

Freelancer scams are one of the downsides of working with independent contractors. Learn to spot freelance scams!

How to Minimize Chances of Being Ghosted as a Client

If you do not want a freelancer to abandon your project right in the middle, you need to know how to avoid ghosting or minimize its risks. This guide will teach you some precautionary measures